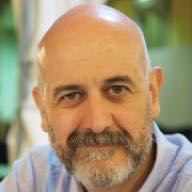 Dr. Luciano Sánchez is included among the Spanish’s top 5000 researchers multidisciplinary list. He is a Professor of the Computer Science Department at the University of Oviedo, Spain, where he earned his M.Sc. and Ph.D. degrees in Electronic Engineering in 1991 and 1994, respectively. He is the head of the research group Metrology and Models, and founding partner of the spin-off of the research group, IDALIA S.L. He has leaded 6 research projects supported by the Spanish government, 4 regional projects and 16 privately funded research contracts. He has also been external consultant for Electromateriales KLK (1991-1995), Saint-Gobain Cristalería (2000-2002), HC Energía (2003-2005), ITVASA (2005-2008), Indra Sistemas S.A. (2010–2011), Treelogic (2012-2014), GAMESA Corp (2014), Rolls-Royce Deutschland (2017) and RENFE (2018) and visiting scholar at UC Berkeley (1995) and GE Global Research (1996). His research goals include the theoretical study of algorithms for mathematical modeling and intelligent data analysis, and the application of these techniques to practical problems of industrial modeling, signal processing and dimensional metrology, with special interest in the study of low quality data and fuzzy information. He has received the IEEE Outstanding Paper Award in 2013 IEEE International Conference on Fuzzy Systems (Hyderabad, India) and the 2013 Rolls-Royce Deutschland Engineering Innovationspreis (Berlin, Germany). He holds four patents (one US, one EU, two Spanish). Other scientific involvements of his include: being a member of the steering committee of the Spanish MAEB series of conferences, participating in the organizing committee of the conference GEFS10, being a member of the editorial board of the journals Sensors (MDPI) and Smart Science (Taylor and Francis) and being a part of the program committees of more than 100 Spanish and international conferences. He is the author of more than 70 international journal and more than 130 conference papers and book chapters, obtaining more than 4000 citations.

Dr. Anthony Bagnall is a senior lecturer in Computer Science at the University of East Anglia. His primary research interest is in developing algorithms for time series classification and finding novel areas of application. He is currently principle investigator on a three year EPSRC responsive mode grant called “the Collective of Transform Ensembles (COTE) for Time Series Classification”. The COTE family algorithms have a good claim to represent state-of-the-art, since extensive experimentation has shown that on average they are significantly more accurate than any other approach proposed in the field. His current goal is to seek new areas of application where the deployment of these algorithms can provide genuine societal and economic impact whilst improving their scalability. To help achieve this goal he is currently working on methods to detect forged alcohol (funded by the Scotch Whisky Research Institute and the BBSRC), to classify mosquito species (funded by the BBSRC and in collaboration with the University of California, Riverside) and to detect explosives in luggage using X-Rays (funded by the UK Department for Transport and Home Office Future Aviation Security Solutions). He has ongoing research collaborations with scientists on four continents and a track record of consultancy with industrial partners such as Master Foods, James Fisher, British Gas and ITV. He is on the editorial board for the Data Mining and Knowledge Discovery journal and regularly contributes to, and reviews for, data mining conferences such as KDD, ICDM and SDM. He helps maintain the time series classification archive (http://www.timeseriesclassification.com), and a code base for time series classification (https://bitbucket.org/TonyBagnall/time-series-classification) that has been downloaded by hundreds of researchers worldwide. He will be launching new versions of the archive for both univariate and multivariate time series over the summer. More details are available at Webpage: https://www.uea.ac.uk/computing/people/profile/anthony-bagnall 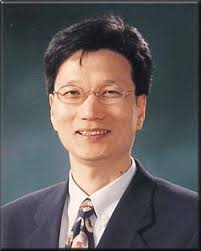 Dr. Cho received the Ph.D. degree in computer science from KAIST (Korea Advanced Institute of Science and Technology), Korea, in 1993. He was an Invited Researcher of Human Information Processing Research Laboratories at Advanced Telecommunications Research (ATR) Institute, Japan from 1993 to 1995, and a Visiting Scholar at University of New South Wales, Australia in 1998. He was also a Visiting Professor at University of British Columbia, Canada from 2005 to 2006. Since 1995, he has been a Professor in Department of Computer Science, Yonsei University, Korea. Dr. Cho has been serving as an associate editor for several journals including IEEE Transactions on CI and AI on Games (2009-present) and IEEE Transactions on Fuzzy Systems (2013-present). He was also the chair of Games Technical Committee, IEEE CIS (2009-2010), and Student Games-based Competition Subcommittee, IEEE CIS (2011-2012). He is a member of Board of Government (BoG) of Asia Pacific Neural Networks Assembly (APNNA) (2011-present), and a member of three technical committees in IEEE CIS such as Emergent Technologies, Computational Finance and Economics, and Games. His research interests include Deep Learning, hybrid intelligent systems, soft computing, evolutionary computation, neural networks, pattern recognition, intelligent man-machine interfaces, and games. He has published over 230 journal papers, and over 680 conference papers.